Young Farmer of the Year 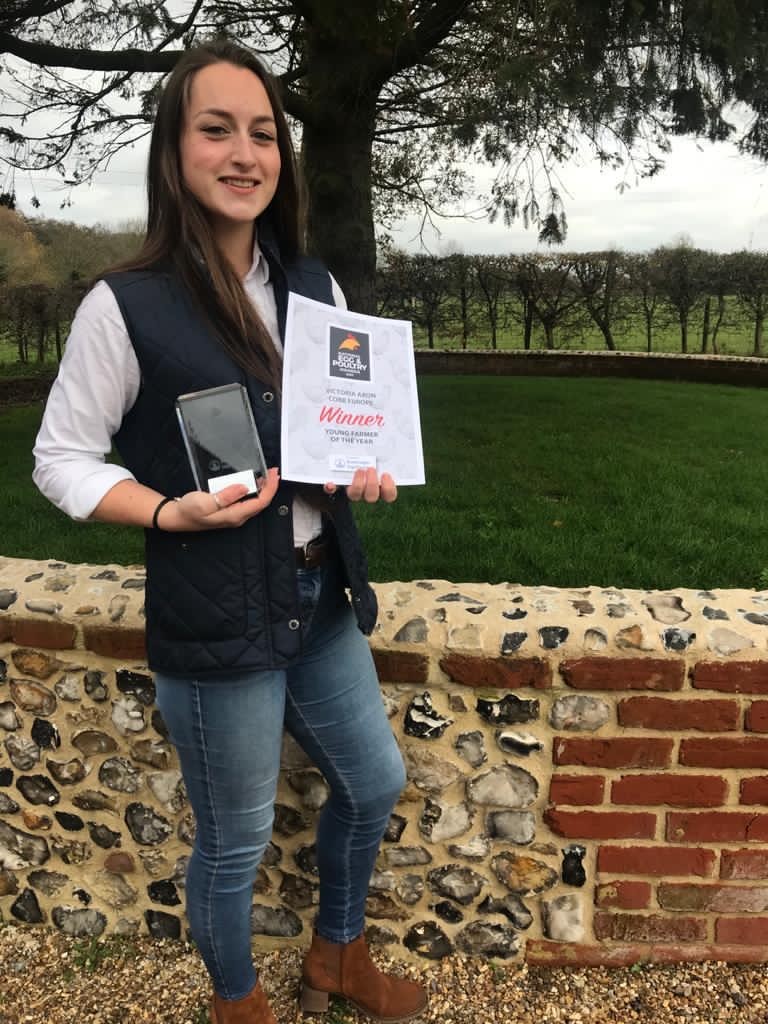 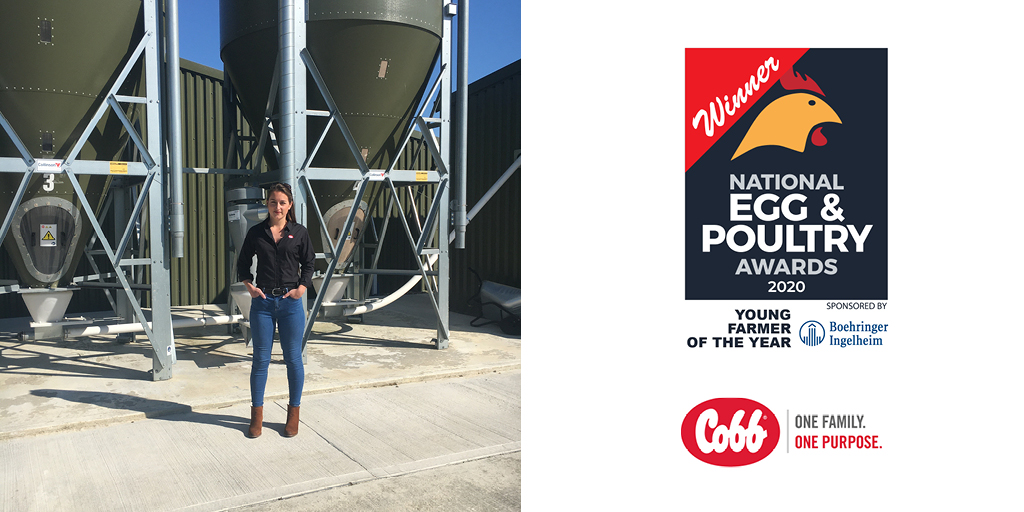 Victoria Axon, of Cobb Europe has won the Young Farmer of the year Award. Demonstrating natural leadership skills that have led to several promotions, she runs broiler units with excellent audit scores, faultless biosecurity and a spotless approach to cleanliness.

“I definitely wasn’t expecting it,” she said. “Ivory and Matt [the two other finalists] are throwing themselves full force into the industry, and I had heard about them, and so obviously I am very pleased.

“Cobb is a worldwide company and I have had messages from all over the world, from our managing director, from the Dutch team, so it has been really exciting,” added Axon, who in the new year will move to run one of Cobb’s largest breeding sites in the UK, just outside of Dereham, Norfolk.

She grew up on an arable farm in Essex and began her career studying a Level 3 extended diploma at Writtle College, in animal management.

When she finished her studies she took a big step and left the area she had grown up in to move to Norfolk to work on a 2,000sow free-range farrowing unit.

After some time working in her first role in commercial animal production, she took the next step and joined Cobb as part of the service team. Service teams are responsible for the catching and loading of birds between rearing farms and the productions farm, then again at depletion at the end of lay. They are also responsible for the grading and vaccinating of birds during these periods.

As anyone who has seen or worked with a catching team will know, it is a back-breaking job and Victoria was the only female member of the team, but she thrived and within six months had been promoted to a team leader.

After six months, her skills led to another promotion – running two broiler units, and looking after two farms that were struggling to meet the standards expected by Cobb.

After 18 months, she had turned the farms around. When she took on the farms, the management and data recording was inconsistent. She set up spreadsheets, tracking KPIs over and above the standard. Not only this but she dug deeper into the reasons for mortality in order to improve the next flock, comparing current flocks to previous flocks, and this aided in a large reduction in mortality.