Young Processor of the Year 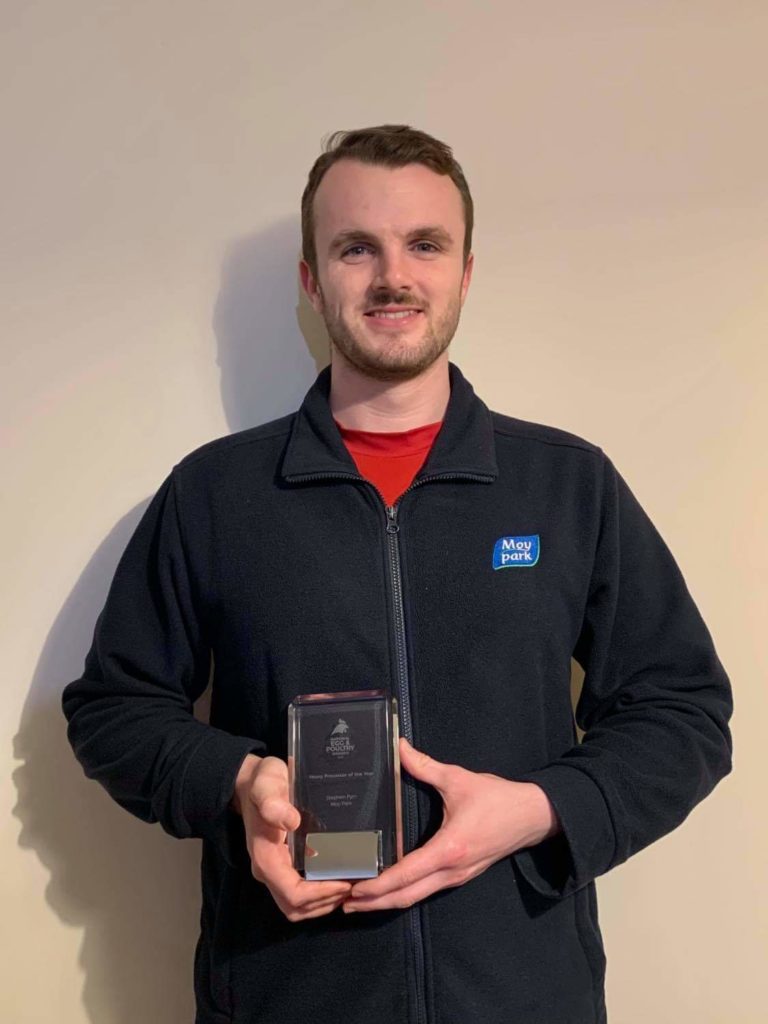 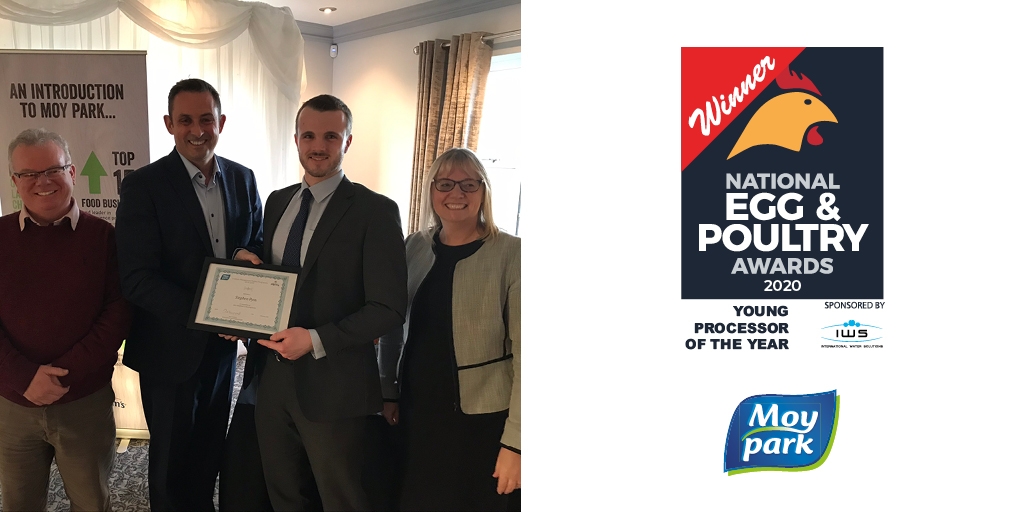 “I was shocked,” said Stephen Pym, of his initial reaction to winning Young Processor of the Year. “It’s been remarkable the amount of congratulations I’ve got from people within the company, and how people really recognise it.

“I’ve had emails left, right and centre,” he said. “Loads of people have been saying well done.”

After joining the Moy Park graduate scheme in 2018, Pym quickly became responsible for a team of 76 at the Ashbourne site. He impressed the judges with his enthusiasm, knowledge and commitment to promoting the industry to other young people through his role as a ‘Tasty Careers Ambassador’ with the Chilled Food Association.

He is now in his second year with the company, having graduated with a degree in Food Science and Engineering in 2018. Since finishing the graduate scheme, Pym is now working as a technical manager on Moy Park’s Tesco account.

He has been able to use the skills developed during his technical placements to help maintain a good relationship between the technical and operations departments, while also making sure the product is produced in a safe manner and to the highest quality.

Pym has worked on the implementation of new bone checking procedures and training tools and the set up of new X-rays in both the Ashbourne and Grantham sites. Pym was involved in optimising the performance and ensuring that the X-rays are ready for production use in a timely manner. These have helped to drive site key performance indicators (KPIs) and have also been key requirements of multiple customers.

COVID-19 has affected Pym’s role, and he is currently working from home. He said he was very glad he joined Moy Park as a graduate and was keen to “encourage others to go for it”.

“With Moy Park, there has been flexibility to go between different functions,” he said. “I started in technical, then went into production, now I’ve gone back into technical. There is a lot of flexibility. I would say, don’t be afraid to give it a go. When they first told me I’d be managing the team of 70, it was daunting but it helped me learn adaptability.”